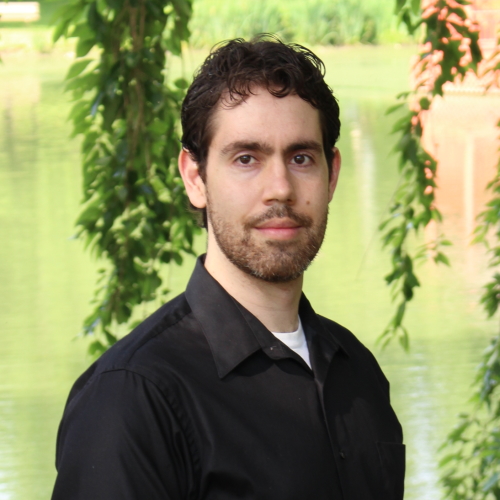 The first time I told Jacquelyn about my voice lessons, she was horrified.

I described the warm-ups, lots of deep chest-voice runs followed by hooty, train-whistle like blowouts of my falsetto. A rest followed, accompanied (typically) by a joke or some story or by a pretty detailed answer to a voice question, and then we’d do it again. And again. And then singing higher and higher, as long and as loud as my voice could tolerate. A rest, a repeat, another rest, etcetera - for forty solid minutes. Then the Verdi arias, one after the other, higher and more difficult until the hour had passed, followed by a genial dismissal and some sage advice - “Go home and don’t sing at all for at least a day.”

“He does what? You sing that hard for HOW LONG?!?!?” She, perhaps rightly skeptical, was absolutely convinced that I was on the way to totally destroying my voice. And, to be fair, the first time that she ever heard me sing, I was sight-reading a series of arias from some now-obscure operas at a repertoire class late at night. And, to add to the pressure, we were actually on day three of our 72-hour-long first date (but that’s a story for another time!). It wasn’t exactly a riveting musical experience. But, as I kept taking lessons - as I had for years - and my voice didn’t totally collapse, some of that skepticism began to wear away. I was singing Tosca, Il trovatore, Rigoletto, some of the most strenuous baritone repertoire ever written, and still chugging along like there was nothing to it.

Jacquelyn’s vocal education had been uneven to say the least. Despite taking lessons for over sixteen years from half a dozen different voice teachers, sometimes from some very accomplished singers during her graduate studies, she was still lacking vocally and never had the stamina and volume she needed for a professional career. After thirty minutes of singing, the low end of her range would give out completely, and her high notes were frequently inconsistent. And by the end of coursework at Indiana University, her dream of ever singing professionally had all but disappeared.

Still, she remained unsure about this method until several months after we had gotten married. At this point, Jacquelyn hadn’t had a proper voice lesson in about a year, the previous one being taken up by directing jobs, moving to DC, working on her dissertation, and getting a wedding planned. Somewhat hesitantly, she signed up with Harry, where she finally got familiar with his pedagogical method first-hand. After the first few lessons, which turned out to be sixty minutes each of nothing but vocal exercises, she came home surprised and shocked: “I’m not hoarse! I still have a singing voice! If I did that with any of my old teachers, I wouldn’t be able to sing for a week!” And then, the real improvement started. After sixteen years of singing lessons, she thought that she’d just be a soubrette forever; now she was singing the windowpanes out of their frames! It was nothing short of spectacular. Working with my teacher had given her stamina and volume that she thought she’d never achieve. In the time since then, we have both sung while sick, congested, and exhausted, and yet never lost our capability for world-class singing. Our voices had become bulletproof.

Now, almost two years after Jacquelyn started studying this unfamiliar voice teaching method, and more than seven-and-a-half years after I first got acquainted with it, we sat down and tried to figure it out, starting with its biggest twentieth-century champion, famed voice teacher Cornelius L. Reid.

Dr. Harry Dunstan of the American Center for Puccini Studies - my first, and so far my only voice teacher - was one of Reid’s students. Harry had, for many years, sat on the piano bench next to Reid as the famous teacher was giving lessons in his New York City studio. It was there that Reid tutored him on the HOW of singing, of really singing like the old masters, and where Harry developed the ear necessary to implement Reid’s methodology, which starts with the two fundamental registers of the human voice - the chest voice and the falsetto (an airy, breathy tone as close to a pure head voice as possible, with very few overtones).

Cornelius Reid didn’t invent the two-register theory, but he certainly revived it for a new generation of singers. After studying the bel canto greats of the eighteenth and nineteenth centuries (García, Tosi, Mancini), he understood that there are two registers or modes of singing, each operated by one of the two pairs of muscles that control voice production in the larynx. The old school method of teaching reinforced and strengthened each vocal register independently, making them balance before recombining them into a complete singing voice, which is then finished and polished by carefully pushing the voice as hard as possible and then resting.

Reid’s method, unfortunately, doesn’t have the best reputation among voice teachers. He shares some of that blame, to be fair - The Free Voice: A Guide to Natural Singing, Reid’s most influential work, is not an easy read. His discussion of vocal registration is extensive, repetitious, and shrouded by a battle over vocal terminology, some of which has acquired a different meaning since Free Voice’s first publication in 1965. After fighting through the dense source material, it occurred to both Jacquelyn and me that the best way to really understand the book was to hear it in action. Luckily, Harry had; and by teaching us for so many years, so had we.

The real breakthrough came when we analyzed some recordings of our previous lessons - the results were eye-opening. Hearing the teaching method was key to understanding Reid’s method: where the registers were, how they functioned, how to separate them and then strengthen them. As such, a typical voice lesson’s exercises will consist of identifying a singer’s chest and falsetto registers, anchoring the chest voice and falsetto separately, and then once they are balanced, singing increasingly intense arpeggios and octaves to blend the voice. After singing as long and as loud as the student is able, we can begin to hear when the voice starts to tire and intentionally take a rest break. Harry would frequently use the breaks to joke with us, tell stories, discuss operatic works, current events, whatever to give us a minute to recollect.

This process is not always comfortable, and feels quite unnatural at first. Chest voice exercises tend to open the throat wider than most people are used to - they occasionally gag, yawn, or become dizzy, and then must take a break to recover. Falsetto exercises, done by blowing out as much air as possible in a “hooty” (for men) or “breathy” (for women) voice, also sound airy/squeaky and don’t resemble a singing voice at all. The recombination exercises sometimes cause lactic acid (the same substance that gives runners a “stitch in their side”) to build up in the muscles of the larynx, giving the singer the sensation that their throat is burning temporarily; they may also feel phlegm accumulate in their throat as compensation.

As crazy as these sensations are, they are critical to vocal development. In the same way that a weightlifter moves large amounts of mass while muscles burn and begin to fail, a singer being trained in this method is exercising his or her larynx to its maximum capacity in very short bursts. It is the teacher’s responsibilty to rest the student at the appropriate intervals when they hear vocal fatigue begin to accumulate. Once the student has recovered, the exercises continue, and their brain begins to naturally figure out more neurologically efficient ways of moving the laryngeal muscles. In this capacity, voice teachers are more personal trainers than instructors - they spot you just as you’re pushing out your last repetition.

The success of the two-register method depends almost entirely on the unconscious neurological processes that occur when a person sings. There are so many tiny little muscles that control singing that it is virtually impossible to be aware of all of them at once, much less to control more than one or two at a time. Many, if not most modern teachers focus on “fixing” the incorrect muscle movements that happen during a voice lesson: “Pull your ribs in”, “Sing into the mask”, “Open your ears/throat”, “Relax your tongue”, “Place the voice high/low/in the front/in the back”. They often use the terminology that they heard during their own voice lessons, much of which was derived from that teacher’s own experience, and so forth. Trouble is that each singer’s experience when singing is so unique and feels so different from another singer’s that properly describing all these sensations is virtually impossible. What feels like a buzz in the hard palate for Anna Netrebko will be a ring in the eye orbits of Renee Fleming.

We jettison all that terminology and confusing lingo and focus solely on the sound that the singer produces, not the sensations, because we have learned that getting singers to worry about the sensations, the movement, the support, the placement, etcetera just gets in the way of really singing. The micromanaged singer becomes so neurotic about how to sing that they cannot let their automatic neural circuitry take over all those tiny little movements. They are their own biggest obstacle to a pure singing voice.

Ideally, we’d like to research and expand on Reid’s teaching methods. It’s clear from reading his books and than discussing the method with Harry that Reid continued to modify and refine his technique long after the publication of his books. Several works exist discussing Reid’s archive of work, most recently a doctoral dissertation by Jonathan Yarrington from the University of North Texas. Having read some of these works, it seems obvious to me that the authors were only academically acquainted with Reid, and hadn’t actually taken lessons from him or from any of the teachers using his methods. We’d lke to explore this further in our own voice studio and look forward to knowing him and his works better, because - at the end of the day - we can sing because of Cornelius L. Reid.

You may also enjoy